Meaning: caught in the act of doing something wrong. The origin of this idiom was when banks used to place a long lasting dye on certain packets of money. When they were robbed they tried to make certain that this was one of the packages given. The crooks could
Example: His mom walked into the kitchen just as he was pulling a cookie out of the cookie jar. He was caught red handed.
See this Idiom in a story: Little Red Riding Hood 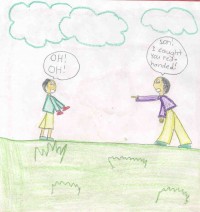 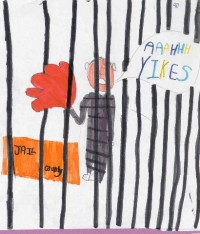